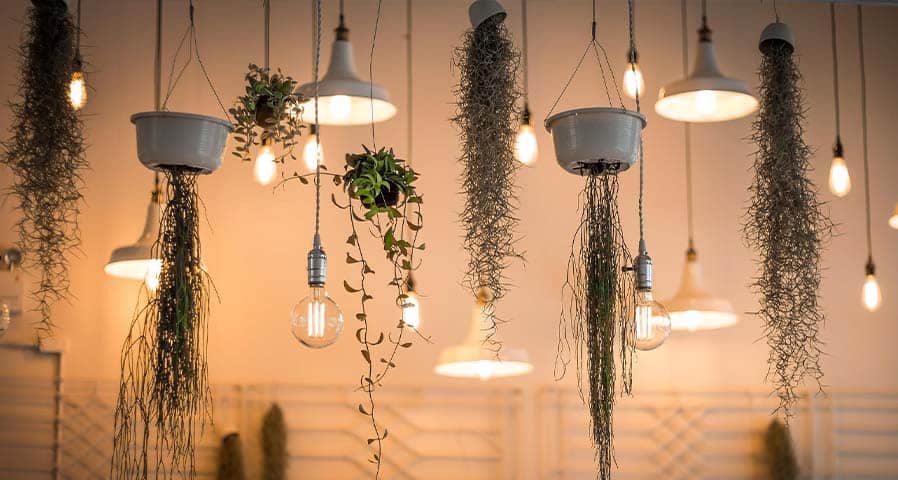 LED vs incandescent lights, have you ever compared the two technologies? We’ll compare them and take a closer look at their advantages and potential downsides.

What is an Incandescent Light?

Incandescent lights produce light by heating an internal wire filament. The wire is encased in the glass bulb, which is either a vacuum or filled with inert gas.

Comparing incandescent vs LED highlights the advantages. Incandescent bulbs are cheaper to manufacture. You also aren’t going to have problems finding the right incandescent bulb for your fixture. The bulbs can work with either AC or DC power and are available in a range of voltages.

Incandescent bulbs also have a good color rendering index (CRI). You can expect the CRI rating to stay well above 90%, even as the bulb heats up.

Incandescent bulbs come with a few major and minor downsides.

A minor drawback to using incandescent lights is the bulbs are omnidirectional. It means the light’s direction is 360 degrees, making it less effective at illuminating a space.

Where Will You Find Incandescent Lights?

Incandescent lights are often used in residential settings. The bulbs are typically used for interior lighting. Their short lifespan and lack of energy efficiency make them ill-suited for outdoor use.

What Are LEDs (Light Emitting Diodes)?

LEDs use diodes to direct electricity flow. The diode has two electrodes that allow electricity to flow in a single direction. The diodes are typically made from solid-state substances like selenium or silicon. As the electrical current passes through the material, light is emitted.

Some of the advantages associated with using LEDs include the following.

Switching to LED lights also come with a few perks.

LEDs come with multiple advantages, but there is also a potential downside. LEDs are more expensive than incandescents, but the price is continuing to drop.

For those considering and LED retrofit, we have an entire blog series dedicated to walking you through how to calculate your savings when switching to LED. This is a five-part series that includes all of the calculations you need. Click here to read the full series.

Where Will You Find LEDs?

LEDs began in computers, but the lights have a broad application. You can find LEDs in signs, traffic lights, and exterior lighting. LEDs are also used in interiors.

Incandescent bulbs may be cheaper than LEDs, but they are not energy efficient. You also need to replace incandescents more often. Here are some other comparisons between LEDs and incandescent lights.

The CRI for LEDs depends on the type of lightbulb, giving you a broad range from 65-95. In comparison, incandescents tend to stay above 95, even when the color temperature increases.

LEDs and incandescents do not require a warm-up or cooling down period. Both types of lighting turn on and off instantaneously, without flickering.

You can use a dimming switch with LEDs and incandescent bulbs. The primary difference is in the type of control you use. LEDs are not compatible with incandescent dimmer switches and visa-versa.

Both LEDs and incandescents maintain their luminescence throughout the bulb’s lifespan, but LEDs last noticeably longer.

Around 90% of the emissions from incandescent bulbs is heat, while LEDs barely emit any warmth.

LEDs typically dim gradually over time, allowing you to replace the bulbs before the end of their lifespan. Incandescents tend to fail suddenly with little to no warning.

A foot candle is a measurement referring to the amount of light reaching the target area.

LEDs are more efficient than incandescents which are omnidirectional bulbs.

Incandescents have the shortest lifespan, compared to LEDs. Incandescents last around 1,200 hours, while LEDs have a lifespan ranging from 25,000 to 200,000 depending on the fixture.

LEDs are priced higher than incandescents, but they also have a longer lifespan. You end up spending more on replacement incandescents than you do with LEDs.

Incandescents are more expensive to maintain than LEDs. You can expect to replace around 20 to 50 incandescents, compared to LED bulbs.

LEDs are priced noticeably higher than incandescents, sometimes by as much as 100%.

Compared to the solid-state LEDs, incandescent bulbs are extremely fragile, plus LEDs are shock resistant.

LEDs can be scaled down or up to fit almost any light fixture. Incandescents are also scalable, but not to the extent of LEDs.

LEDs do not have a warm-up time, but incandescents can take a second to turn on during cold weather.

LEDs typically come with warranties and incentives ranging from five to ten years. The short lifespan of incandescent bulbs negates the need for any warranties.

Contact us today and start planning your lighting project and maximizing your savings. Call 610-558-9773, email [email protected], or schedule a call that fits your needs by clicking the button below.

The Cost Of Waiting To Convert To LED

LED vs. Other Lamps – A Complete Series

“Action Services Group’s unique Lighting-as-a-Service program is a great option for us. It gave us a new and simpler way to get high-quality lighting in our aisles without any upfront costs or hassle.”