Home » Lighting 101: What You Need to Know About LED Lighting

Lighting 101: What You Need to Know About LED Lighting 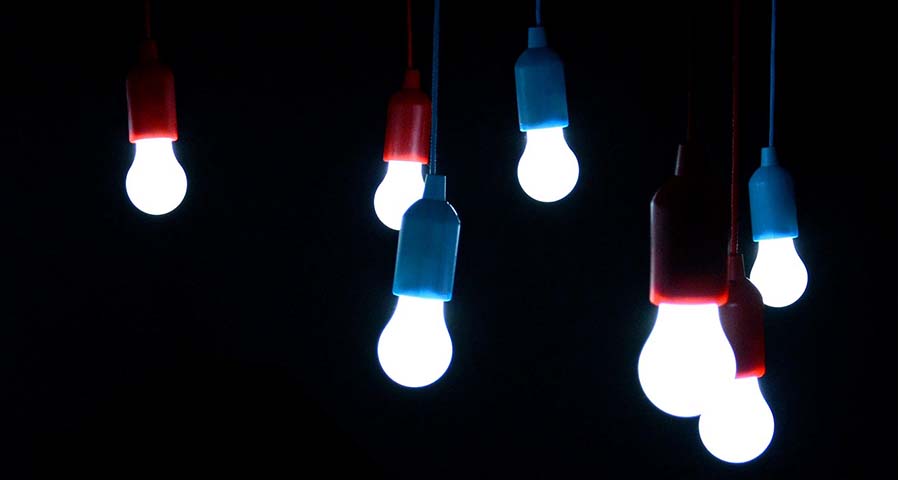 LED lighting is becoming more and more popular in businesses. Before they start transitioning over to energy-efficient lighting, business owners often have plenty of questions. Here are some common ones so you have a better idea of how LED lighting will fit in your organization.

Understanding the basis of your lighting is the first step to purchasing and installing the correct lighting to fit your needs and goals.

What is LED Lighting?

A light-emitting diode (LED) produces light using a semiconductor material. The process is known as electroluminescence, and it’s more efficient than how incandescent bulbs produce light.

LEDs also last longer using electroluminescence. Their small size allows LEDs to be used in a variety of applications that go beyond use as a traditional light bulb.

A Quick Look at What You Need to Know

Lighting 101: What to Know Before Buying LEDs

The lighting basics give you a general idea, but there’s still more to learn about LEDs.

A primary reason for the growing popularity of LEDs is their energy efficiency properties. The fixtures are around five times more efficient than incandescent bulbs, and only use about 20% of the electricity as traditional lights.

The energy used by the light fixture is measured in watts, while lumens indicate brightness. While incandescent and halogen bulbs consume the most wattage, LEDs use around 13 to 15 watts to produce 800 lumens. In comparison, an incandescent with 800 lumens consumes around 60 watts of energy.

Understanding your current and potentially future lighting measurements should be on your to-do list if you are considering and LED retrofit. We have a 2 part series on Lighting Measurements that can assist you in this portion of your LED retrofit journey.

It’s a matter of personal preference with color temperature works best in your space.

Even though fluorescent and LED lighting is more energy-efficient than incandescent, LEDs consume less energy than fluorescents, around 15% less.

Fluorescents are also prone to breakage, unlike durable LEDs, and harder to dispose of. The glass tubes contain mercury which is regulated in some states.

LED technology has seen several improvements, including color accuracy and light crispness. The fixtures are flexible in their applications, but there is a downside. LEDs are priced higher, but they also last longer. Organizations save money in the long run since they are not replacing their LED lights as often as with traditional bulbs.

Where to Use LEDs in Your Business

You can use LEDs in any part of your business. Their small size and shape allow them to work in almost every lighting application.

The directionality of the light, 180 degrees, makes LEDs well-suit for use in,

The long lifespan also makes LEDs a good choice for use in hard-to-reach places.

Did you know LEDs can be used for art lighting? The bulbs do not produce UV radiation, so they won’t damage the art.

If you want a soft, warm light, look for LEDs with a color temperature between 3000K to 4000K.

Here are some common questions from business owners, so you have a better idea of what you need when you shop for LED products.

CRI measures how accurately an LED renders colors compared to a natural light source. Most LEDs have a CRI rating between 80 and 90 percent. It’s a good rating but using CRI doesn’t always accurately show how precise the bulb’s color is. This can be extremely important for retail locations that want their products to look their best, or restaurants that want their food to be the right color. No one wants a brown stake.

What is Integrated LED vs Retrofit?

Integrate LEDs have the lights built into the fixture. Think of mirrors with built-in lights on the sides. The lights can be arranged on a strip, panel, or disc.

An LED retrofit typically means replacing the fixture and the bulbs. Some LED lights work with standard fixtures, so the retrofit can be as easy as replacing your old bulbs.

Do LEDs Work in All Fixtures?

LEDs work in most existing fixtures and technology is advancing to where the lights should work in sockets of all sizes.

Please Note: There are many different kinds of LEDs. If you have a mixed lighting building, and are looking for a full LED upgrade, we highly suggest working with a commercial lighting company that can customize your lighting upgrade to fit your unique needs and goals.

If you are new to LED lighting or you are not up-to-date on the current LED market, the experts here at Action Service Group are here to help. We are a product neutral lighting company that helps you select the right product to suite your needs.

Contact us today and speak with our lighting experts about your lighting goals. Call 610-558-9773, email [email protected], or schedule a call that fits your needs by clicking the button below.

“I would use Action Services Group for my turn-key LED retrofits again, without a doubt.”