Home » Fixing a Tax Glitch that is Costing U.S. Retailers and Restaurants Millions

Fixing a Tax Glitch that is Costing U.S. Retailers and Restaurants Millions 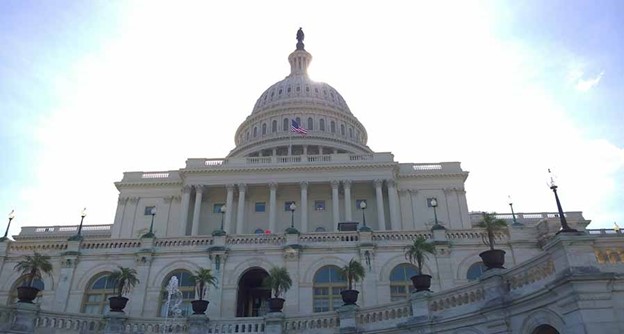 Breaking News – Tax Cuts and Jobs Act On Tuesday, March 26, 2019, lawmakers introduced in the House bipartisan legislation to fix a technical drafting error in the Tax Cuts and Jobs Act 2017, that is costing US businesses millions. The Tax Cuts and Jobs Act 2017 would have allowed businesses to immediately write off the costs associated with improvements made to the interior of their facilities. Instead of depreciating the expense over a 15-year period. Due to an inadvertent drafting error. The Act that should have granted retailers and restaurants the ability to immediately write off these costs. Instead, it extended the write off period to 39-years. This ‘retail glitch’ has stymied investments and made much-needed renovations more costly. And in some cases financially unattainable.

The ramifications of this seemingly small mistake in the Tax Cuts and Jobs Act have been significant, curtailing economic growth nationwide and limiting associated employment opportunities. Jim Fris, Pennsylvania Restaurant & Lodging Association Chairman of the Board and President & CEO of PJW Restaurant Group, expanded on the implications. “Restaurants operate on razor-thin margins, and in Pennsylvania, we’ve seen first-hand the impact of restaurant owners’ inability to expense safety improvements and other renovations to their businesses. It’s a deterrent, limiting the degree to which restaurants can invest, which ultimately impacts the customer experience. This proposed legislation will not only benefit restaurant owners and workers in Pennsylvania but around the country.” Reps. Jimmy Panetta, D-Calif., and Jackie Walorski, R-Ind., introduced the Restoring Investment in Improvement Act to spur investments and enable retailers and restaurants to take advantage of this job-creating tax provision. “The loss of immediate expensing has hurt many of our businesses that are critical to the success of our economies and communities,” said Congressman Panetta. “The Restoring Investment in Improvements Act fixes that problem, known as the “retail glitch,” by restoring the 15-year schedule for Qualified Improvement Property (QIP) and make these improvements eligible for immediate expensing as was originally intended. Our bill will allow restaurants, retailers, and other businesses to make the improvements they need to keep their stores competitive and safe and plan for the future.”

“Tax reform has helped businesses across the country invest, expand, and hire more workers. But investments in interior improvements were inadvertently excluded from some tax benefits,” Congresswoman Walorski said. “The Restoring Investment in Improvements Act is a small but critical fix for our job creators. Technical corrections like this are a normal part of the process when Congress enacts major reforms. This bipartisan, commonsense bill will allow restaurants and retailers to unlock the full benefits of tax reform and continue driving our nation’s economic growth.” A number of trade associations have been calling for the technical correction to be made since the error was discovered. The list Includes:

What You Should Expect from a Service Management Provider

Don’t Underestimate the Importance of Lighting

“Your project management on the 300+ national electrical rollout was flawless. Excellent communication and quality of work resulted in completing the project on time and under budget. Thank you Action Services Group!” Facility Manager – National Quick Service Restaurant