Home » Why You Should Switch to LED Lighting – 10 Advantages

Why You Should Switch to LED Lighting – 10 Advantages 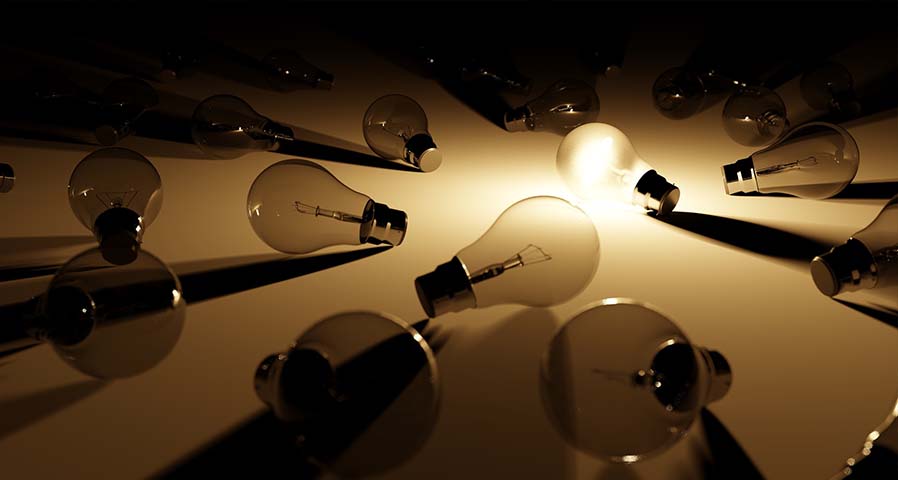 What is LED Lighting?

Light-emitting diode (LED) is a device that uses electroluminescence to generate light. The electrical current passes through a semiconductor to emit light.

Did you know that LED technology has been around for years? The technology has helped get astronauts to the moon, and it was also vital in the invention of portable radios.

Since LEDs appeared in the 1960s, scientists have been working continuously to keep advancing the technology.

Currently, we are up to the third generation of LEDs which last even longer while using less energy than previous models.

What are some of the advantages of LED lighting? Here’s a quick look at 10 key benefits companies get when they switch to LED lighting.

Compared to other lighting fixtures, LEDs last noticeably longer. Most incandescent bulbs last around one thousand hours while LEDs have a lifespan of around 50,000 hours. Some bulbs can last even longer, depending on their use.

To put it into perspective, LED bulbs last on average between six and twelve years. It’s about 40 times longer than an incandescent bulb.

LEDs are more energy-efficient than other types of lighting products. The fixtures produce more useful lumens with less wasted light.

By switching to LED lighting, you can reduce energy consumption by as much as 70%. Some companies can even see a 90% improvement in costs, but the savings depends on the number and type of bulbs you are replacing with LEDs and the use of lighting controls.

3. Better for the Environment

More and more consumers are looking to support environmentally friendly companies, and it includes their daily operations.

Making the switch to LED lighting allows businesses to show they are doing their part to reduce their carbon footprint by reducing energy usage.

Even the manufacturing process is better for the environment. Other types of lighting often contain mercury. The metal is hazardous to humans and the environment. Even replacing these types of bulbs comes with challenges. They require special handling and disposal methods that can be costly.

Did you know fluorescent bulbs contain mercury and have to be specially recycled? There are other significant differences between fluorescent and LED. You can learn more in this article, 8ft Fluorescent Tubes – Replacements and LED Upgrades.

4. Can Function in Cold Weather

Other types of lighting, like fluorescents, take longer to turn on in cold weather. While you are waiting for the lights to come on, you are wasting electricity.

In comparison, LEDs turn on instantly in cold and hot weather. It’s one of the reasons why you often find LEDs in places like meat lockers, freezers, and cold storage units. The bulbs’ efficiency in all types of weather also makes them ideal for outdoor lighting applications.

5. No UV or Heat Emissions

LEDs emit very little heat and UV emissions. Traditional lighting fixtures can convert up to 90% of the energy they use into heat, leaving only 10% as useable light.

Not only do you have to wait for the bulbs to cool down if you need to replace them, but you are wasting most of the energy they use when the lights are on.

Most LEDs are small, think about the size of a pepper kernel. The small size allows LEDs to be used in almost any lighting application.

The tiny bulbs can be stringed together to create light strands, and the possibilities from there are almost endless. You can illuminate everything from a small space to a large stadium with LEDs.

Some fixtures like metal halides require a warm-up period before turning on. It’s not the case with LEDs. The bulbs turn on instantly without any delay. Unlike traditional lighting, the lifespan of LEDs isn’t shortened when they are repeatedly turned off and on.

The lack of a warm-up period makes LEDs a good option for backup lights. It’s also useful for employees the first to arrive on the property.

LEDs’ ability to turn on instantly also makes them useful in flashing signs and other light displays that require bulbs with rapid cycling to keep up with the displays.

Did you know there are a lot of LED misconceptions? There are probably some LED facts you never even heard of. In our blog LED Myths – True or False? we cover the major unknowns surrounding LEDs.

Flooding can be a problem for some businesses and for everyone’s safety you want to use fixtures with low voltage requirements.

LEDs are low voltage lights whose use can help prevent painful and fatal electric shocks. Some of these fixtures output around 12 volts which is significantly less than the traditional lighting products generating around 120 volts.

LEDs and dimmers work well together. The lights perform at 100% or 5%. You get the same quality light, only with varying brightness. The same isn’t true for traditional fixtures like metal halides that are not compatible with dimmers.

Conventional lighting emits light in all directions, 360 degrees. To channel the light to a specific space, you need to purchase additional accessories.

LED fixtures light an area around 180 degrees. The narrower beam allows you to direct where the light hits. It makes LEDs ideal for use in recessed lighting, showing artwork, or highlighting a sale.

Ready to Switch to LED Lighting?

Making the switch to energy-efficient LED lighting is easier than you may think, and we are here to help. Contact us today to learn about the advantages of LED lighting and what you need to do to make the transition.

LED Round High Bay Lighting – Are There Benefits?

The Benefits LED Lighting Has on Horticulture

“I would use Action Services Group for my turn-key LED retrofits again, without a doubt.”